One of the very first rehearsals.
M.G.Taylor at the age of 7 preparing for the show.

Ancient history
Backstage with his first assistant and girlfriend Dea. Long time ago in a galaxy far, far away... 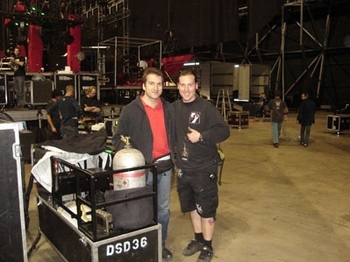 American Idiot tour
Preparing the gases with Kevin on the Greenday

Sportsarena, Budapest
This is how the Budapest Sportsarena looks like empty, before the show

Preparing the pyro for the Guns n' Roses show

MG & Maja
M.G.Taylor and his first assistent Maja. Just before the Gala-Show on the high seas.

MG enjoying his favourite cocktail
Long Island Ice Tea on the Board of Maxim Gorky, after his show

The World is mine photo...

MG & Maja
Once again after the Gala-Show

Taking care of the dancers is a hard job but somebody has to do it... :)

...and therefore they salute you :)

But before the show there were many rehearsals... 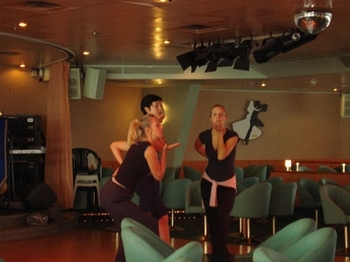 ...and many nice moments with friend on tour.

After the show
M.G.Taylor and his lovely assistant Catherine, after the show at the Sheraton, Zagreb hotel