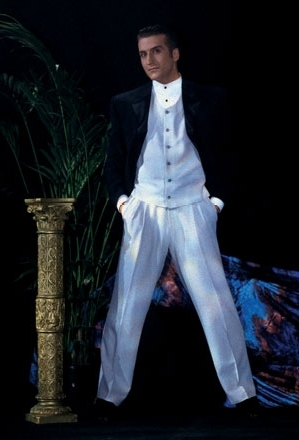 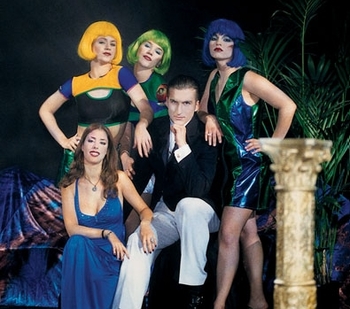 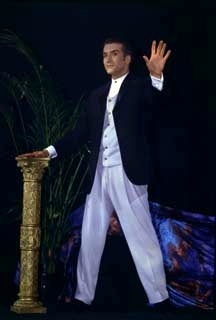 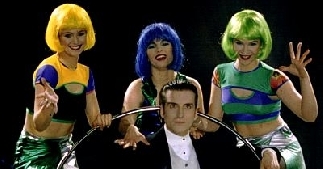 M.G.Taylor and his dancers
From left to right: Irene, Dunja and Marie. Layla is still flying, so she is not on the photo. 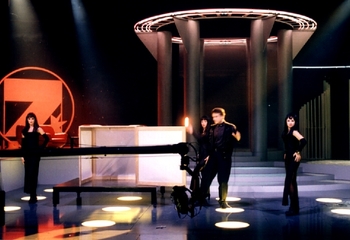 Performance of "The Shadow Box"
- live on air, back in 1995. M.G.Taylor deliberately used only one camera (Jimmy-Jib), "flying" around "The Shadow Box". No cuts or camera switches were used in the TV-Special. The one-camera production made this beautiful illusion a true miracle. Enabling television-audience to see angles from all the sides, even from above… and still… making the shadow appearance in the finale. The spectacular "Origami" illusion
Performed with projected Japanese letters (on the left) and original kimono-costumes. "The Shadow Box"
... even better than the real thing! Live on stage
- on the left, in the cage, you can almost see Chiara - M.G.Taylor´s white rabbit. 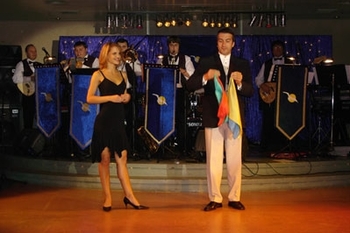 MG & Maja
- in action on the high seas 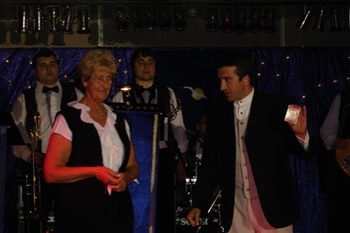 Interacting with the audience 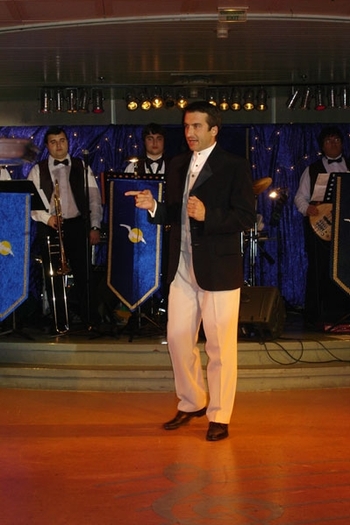