Vienna, 1995.
The picure was taken at the party, after the show at Wiener Stadthalle, during his third european tour „15 years of magic“. Zagreb, 2001.
DC & MG after the press-conference at Children's Hopital in Zagreb, presenting and launching the Project Magic program in Croatia. Zagreb, 2001.
At the party, after the show at Zagreb Sportshall. MG's sister, Lilliana is on the right.

Las Vegas, 2002.
At the MGM Grand, during the Project Magic convention. 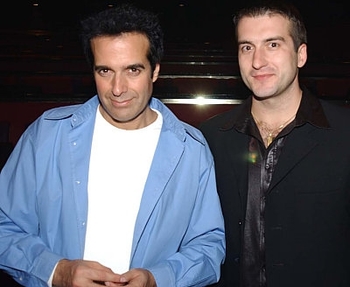 Las Vegas, 2002.
At the MGM Grand, after the show in Hollywood Theatre.